The latest publication by Ofsted on linguistic differences in education delves into the literature relating to foreign languages. The purpose of the study is to identify and evaluate the need for creating a high-quality mixed curriculum that focuses on the assessment, pedagogy and systems related to language. These research findings help us in understanding how linguistic differences have a bearing on the education curriculums around the world. 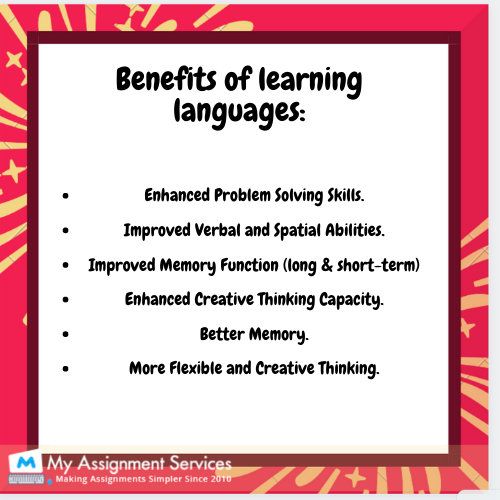 The study mainly concentrates on how languages are taught in English schools. The government of England runs the very ambitious national English Baccalaureate program that aims at encouraging more pupils to choose a diversified language at the GCSE and A level. The program was started as a result of the worrying trend observed among young scholars. It was observed that there was a sharp decline in the number of students who chose the English language at the GCSE and A levels.

The study of the advanced English language is required at the key stage-3. However, the trend in certain other schools is that a considerable number of students are receiving not more than a mere two years of English language education in secondary school. The experts argue that this is worrying on many levels. It directly affects the understanding and grammar of the students. Lack of sufficient experience in modern and ancient languages also averts the students from pursuing further studies in the realm of languages.

In 2014, the UK government devised a statutory requirement for all schools to teach a modern or old language to the students studying in secondary and senior secondary classes. However, this ambitious policy could never really take off due to constraints such as inefficient time allocation among the school teaching staff, lack of sufficient and curriculum planning. As per this review, there are several complex issues behind the situation. one of the biggest and the most manifest reason cited for a lack of interest among secondary school students in choosing languages in their mainstream is:

After Ofsted published a research review on languages education, it has been seen that the quality of academic transition between primary and secondary school is still rather flawed. It is marred by many inconsistencies and gaps. This discourages and disparages students from choosing advanced-study languages.

There is also a widespread belief among teachers that most pupils do not have the linguistic competence to fare well in advanced language study. Ofsted has put forth that there is no certain way of attaining a high-quality comprehension and education in advanced languages.

Factors contributing to the decline of linguistic studies

Complex curriculums: Most languages are not quite complicated in themselves. However, most institutions fail in devising a straightforward curriculum for the language. Most advanced linguistic curriculums are consistent with expansive learning-based capabilities.

Lack of avenues for learning vocabulary: The linguistic education in the country is marred with several problems. One of the most profound problems before the pupils studying advanced languages is that there aren’t enough avenues to securely learn vocabulary.

Lack of academic guidance for understanding grammar and phonics: due to a lack of expertise in linguistic competence, there is also a subsequent lack of educators and trainers who can provide competent standards of training and education in advanced languages.

How to successfully integrate languages in the advanced school curriculum?

The review by ofsted also identifies how languages can be successfully integrated into the advanced study curriculum of students.

There is a well-considered development method between elemental and secondary school and a syllabus that intensifies step by step through key stages. Studying a secondary language can equip the students with many amazing future possibilities and is a prominent study in itself. We understand that many students find languages complex and challenging, or strive to understand the importance of an additional language in their careers. Whatever the causes, many hurdles are still required to be overcome before linguistics can thrive and prosper in schools across the UK.

For pupils to expand their limits, speak with individuals from other nations and traverse other cultural and customary practices, we require institutions to strengthen secure establishments in linguistic knowledge. If you have been assigned an assignment on Ofsted’s publication on language studies in the UK, you can benefit tremendously from the expertise of the assignment service providers at My Assignment Services. Here are some of the biggest benefits of getting languages assignment help from the seasoned experts at My Assignment Services:

With our exceptional assignment help in the UK, you will never have to worry about the quality of your work. Simply fill the form

Ian inclined towards academic writing and chose this to be his full-time profession by joining the team of expert writers at My Assignment Services. He joined us as a homework help expert with his valuable previous experience of assisting students internationally in writing their assignments. Ian is an all-rounder and has extraordinary research skills in the team. He gained the credibility of the students who needed meticulous research to be done for their assignments.

How To Prepare Questionnaire for Dissertation