The news about the replacement of the Erasmus exchange program came both as a shock and delight for students and young working-class in the UK. For over a decade, it transformed the lives of thousands; enabling them to participate in student exchanges across 15000+ British universities.

Launched in 1987, more than 200000 students benefited from the scheme each year. It offered them school links, internships, and work experience across Europe. But now, due to the discontinuation of the scheme from the UK-EU deal, nobody can have access to the amenities.

Following Christmas, Borris Johnson assured that Brexit posed no threat to the Erasmus scheme. A few days later, he declared its withdrawal stating that the country will establish its own program fully-funded by authorities. 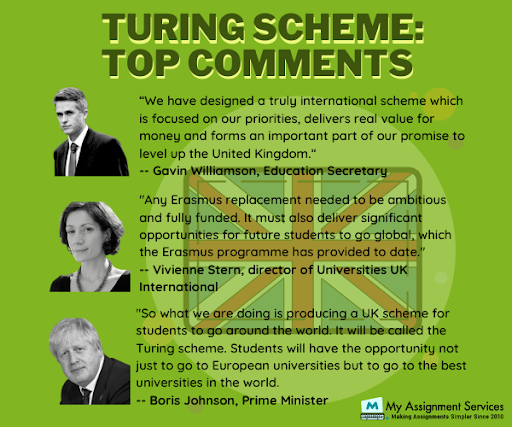 Named after Alan Turing, the new Turing Scheme is something that grants young people support for their studies, work, and even volunteering. Moreover, people from low-income backgrounds will get the opportunity to study among the best universities not just in the UK-EU but also across the world.

Did it Turn Out to be a Controversial Scheme?

The concern is about the high costs associated with the Turing scheme. To fund 35000 students, the UK will spend more than 100 million Pound Sterling on the programme in 2021.

Why You Should Enrol Into the Turing Scheme: Lucy’s Story

Lucy, a student at The Business School, London, has very little travel history and hasn’t met many people from other countries. In 2018, she moved to the UK to pursue a degree in Psychology. It was a blissful experience and taught her the value of living abroad. She also learned a new language, Italian, which was a part of the Erasmus programme. And while studying, she worked as a part-time waitress in a posh Italian restaurant for almost a year.

Belonging to a low-income family, she didn’t have sufficient resources to live and study abroad. With EU’s grant, moving to the UK became affordable while learning a new language became possible. The confidence she gained from living under a complex bureaucracy of a far-away country was on a different level.

I met people from around the world. Our group consisted of students from Germany, the Netherlands, Greece, Italy, and Finland. I often found myself in hilarious moments; something you would expect with people from different cultures. 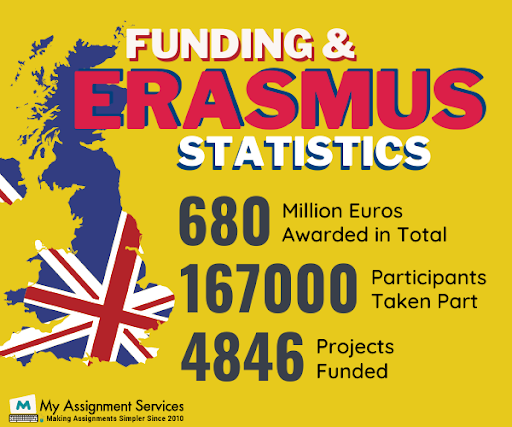 There are thousands of young people who share a common story as that of Lucy. The experience Erasmus provides is a treasure for some; a gift for many. If you had taken part in the program, you’d probably know the opportunities it brought. Isn’t mixing with other cultures a beautiful thing?

Such an Experience Is Not Meant to Last

Stuyding in the UK is definitely a wholesome experience. You could land yourself in one of the prestigious universities. They are known for their excellent course structures and learned faculty -- one of the best in the world. Add to that is the rich vibrant culture and apprenticeship opportunities at the leading MNCs.

The scheme aims to support students from less privileged backgrounds. But from what we gather through the news and articles on Turing scheme, we think it might not be an adequate replacement for the beloved Erasmus. For thousands of people like Lucy, it opened up the world and gave an international perspective of their career.

While the education scheme provides financial support to students, we get them all the help needed in academics. Doesn’t matter which subject or course you are pursuing, our learned experts will provide you with personalised assignment help. We’ve been doing this for over ten years now and enabled thousands of students fulfill their academic goals.

Moreover, if you need guidance in writing a statement of purpose, simply knock on our doors. Studying in the UK is a far-reaching decision with you building a life or a career in the country. It’s a fantastic opportunity and we’ll help you make the most out of it.

How to Write a Personal Statement