What is International Trade Law?

The International Trade Law is the law that regulates international trade and commerce. It is governed by the WTO, i.e. the World Trade Organisation. WTO is an organisation that works on liberalising trade policies among nations. In this sense, free trade means that individuals can purchase and sell things across national borders. To put it another way, a man should purchase products from any place globally to obtain the highest quality for the lowest price. Similarly, he ought to be able to sell his goods at the greatest feasible price wherever in the globe.

The Public Trade Law is a component of Public International Law that aims to coordinate state commercial policies with international bodies. International business transactions between persons from different countries are governed by the private side of International Trade Law. Furthermore, organisations such as the United Nations Convention on Trade Law have been working to produce standard regulations on different elements of transnational transactions, which nations are obliged to adopt into their legal systems. The term "unification of laws" refers to this procedure.

The success of both the United Kingdom and the
global economy depends on free and fair trade.
It leads to greater earnings and guarantees that
more people have access to a larger range of
low-cost goods and services, allowing household
finances to stretch farther, particularly for the
weakest members of society. The UK's commerce
with the rest of the globe accounts for more than
half of the country's GDP.

As massive globalisation and modernisation are taking place around the globe. And as a result, the current reality has moved from the past, and a country existing itself is extremely difficult and unthinkable. To boost one's economic success, countries must trade with one another.

The Countries rely on each other for various reasons, including the exports and imports of raw materials, finished and unfinished goods, and other goods. Each country must have laws to ensure that transactions are carried out in compliance with the norms and guidelines. This was once regarded as the barter system, but it has since evolved into a more modernised, professional, dependable, and dignified manner that adheres to each country's norms and regulations. This is how the scope of international trade law can be summarised.

A state-power model of a geopolitical economy can best explain the international trade law’s structure by measuring the degree of transparency for the flow of products. According to this idea, the character of global economic flows is dictated by governments trying to maximise national objectives.

The four main national goals of International Trade Law are:

The degree of flexibility in the global trading system can be consistently connected for states of various relative sizes and degrees of development through the above mentioned goals.

This study results in the hypothesis that transparency is most likely to exist with a homogeneous dispersion of potential economic dominance. The information on tariff rates, trade percentages, geographical intensity, per income per capita, government revenue, percentage of global commerce, and share of global investment is then presented in a time-series format. The first three were meant to define the trade system's degree of openness, while the latter four explain the allocation of state authority. According to the findings, the government theory should be revised to account for domestic political restrictions on state activity.

Is the UK a part of the World Trade Organization? What are the agreements to which the UK as a country is a party?

Since January 1st 1995, the United Kingdom has been an integral member of the world trade organisation. And even after the expiration of the period of transition, the UK continues to be WTO’s member.

The European Union's trade agreements are no longer applicable in the UK after December 31, 2020. However, the United Kingdom is attempting to imitate the impact of current European Union accords in its discussions with foreign nations. This will guarantee that trade arrangements for UK enterprises remain consistent. Trading with other World Trade Organisation members will be conducted on the terms of WTO only if the UK does not copy the benefits of an existing agreement of the European Union.

Recent trends that are impacting international trade regulation in the UK

The following are some recent trends:

How Long Does it Generally Take for a Trade Agreement With the UK to be Signed?

The UK Department conducts all new negotiations for the International Trade Law that encourage and finance trade and investment while backing free trade. The United Kingdom attests to the major part of the trade agreements as it leaves the European Union. The leave process has been concluded speedily in accordance with both parties' cordiality to disseminate the significance of the prior European Union’s trade conformities into a bilateral accord with the UK.

An initial agreement witnessed between the Australian and the UK government’s trade pact based on current EU documents also reached fast. The latest trade agreements with different nations, including the United States, are usually prolonged while negotiating.

Let us show you a few sample trade law assignments prepared by My Assignment Services' experts. 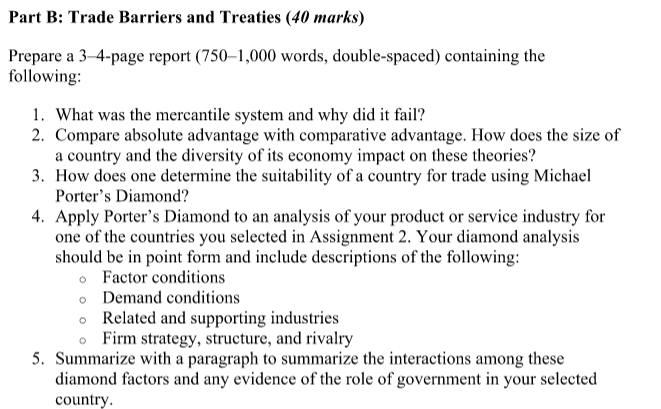 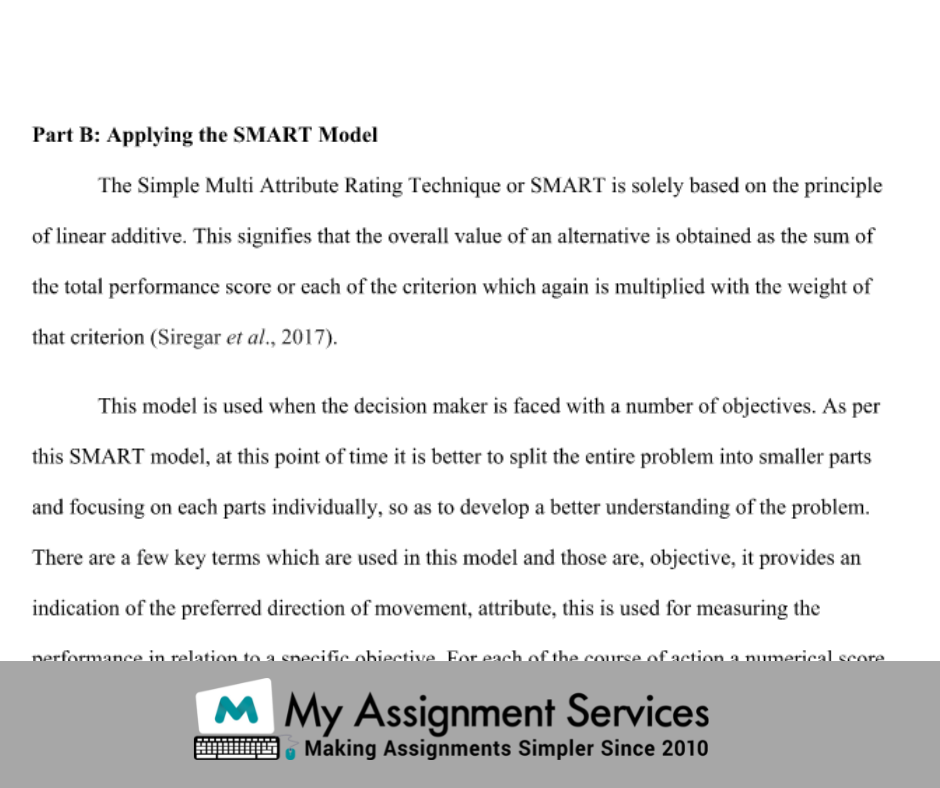 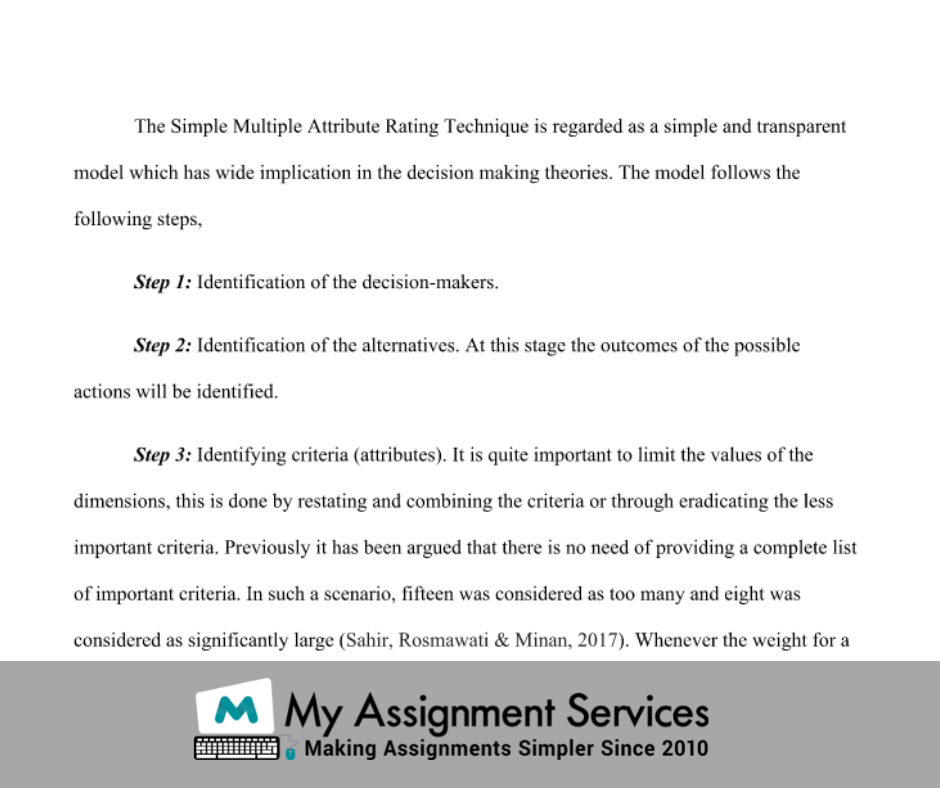 These questions on trade law have been solved by highly educated experts, and just like we have shared some crucial information related to the trade barriers, Law Assignment Help in UK experts at My Assignment Services can solve A-Z academic-related problems.

Concluding the topic, trade liberalisation and protection are at opposite spectrum extremes. No nation is likely to recognise the extremes of the spectrum in practice. In general, states have sought policies that include free trade and protectionism features. Free trade features have been increasingly prominent in state policy since founding a General Agreement On-trade and Tariff (GATT) and the World Trade Organisation at a future point of time. East Asian economies' success is a testament to their ability in designing and implementing free-trade and protectionist hybrids. The inclusion of many developing nations undermined the original GATT's market focus.

We hope that this blog is helpful for your upcoming trade law test and the assignment. But, if there is an issue that is not addressed in the blog, you can reach out to our Law Assignment Help in UK at any point in time, as we are available 24/7 to help you out. Learn more about the experts and assignment help by filling out the form on your screen.

Started as a law professional, Ashley often took out time to help her juniors and peers with their queries and academic needs. She has seen students excel under her guidance. Ashley joined the team at My Assignment Services as a law assignment writing expert after completing her postgraduation. Her area of expertise covers business law, contract law, employment law, criminal law, and tort law. Ashley practiced law for 5 years as a freelance lawyer before becoming an academic advisor.