History has shown us that religion has been one of the biggest reasons for rebellion against the incumbent governments, rulers and authorities. Starting from the ancient to the middle ages and now in modern times, the world has seen many uprisings. However, religion has been the common factor in all kinds of rebellions across countries, cultures and communities across the world. Students of history have to read about the historical conflicts that have arisen out of religious rebellion. A religious rebellion typically arises when a certain group of people living within a geographical and civil society employ and adopt radical methods to put forth their religious and cultural views.

Historically, different kinds of governments have existed. Whereas some are tolerant to religious and ethnic differences, there are several other types of authoritarian and autocratic styles of governance that have failed to provide ideological liberty and space for the co-existence of political, ethnic or religious differences. In this blog, our experts who provide  religious studies dissertation help will discuss some of the most important rebellions throughout the timeline of history that have changed the world as we know it today. Right from medieval times, dynasties have encountered rebellions based on religion. Some of the most significant rebellions have come from medieval age dynasties. From the byzantine to the ottoman kingdoms, populations have often rebelled on the grounds of religious differences. It is a fact that such rebellions have caused major turmoil. If the statistics of the Encyclopedia of Wars is anything to go by, of the total 1,763 historically documented conflicts and wars, more than 6 percent have been caused due to religious differences. 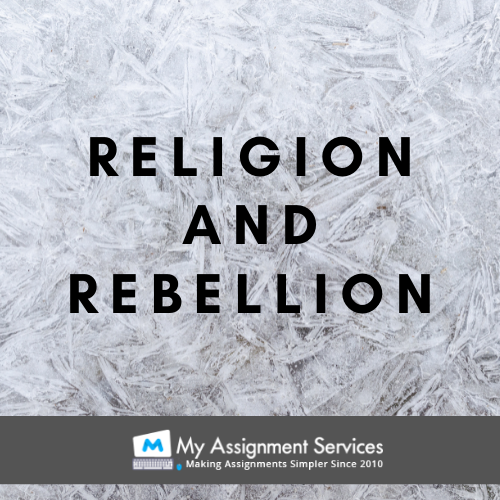 Here are some of the case studies that can help us in understanding how religion can play the role of a catalyst when it comes to rebellions:

The protestant reformation which was the most prominent religious uprising in medieval documented history displayed the cracks in the secular fabric of the day. The upheaval was caused as a result of the religious, ethnic, socio-political, intellectual and cultural differences between people belonging to factions. Many historical thinkers also believe that it was this catholic protestant conflict that first gave rise to factionalism in the world. The divided Europe of the centre provided the perfect backdrop for an ethnic conflict. From social to religious and from political to geographical factors of the time, all contributed to a divided Europe.

One of the main features of this conflict is how quickly it gained mass participation from civil society. People from both sides quickly turned into enemies and thirsty for each other’s blood. Known widely as the first ethnic uprising in Europe, this conflict was widely known throughout history for sowing the seeds of protestant and catholic differences. The division of opinion and the divided structures and views formed in medieval times paved the way for the largely splintered modern society that exists in Europe today. Many thinkers have further argued that the protestant The catholic protestant conflict also recorded new developments in civil warfare, ethnic power struggles and the use of force and violence in furthering the religious and political agendas of communities.

The religious rebellions in the Ottoman empire

Another spectacular example of religious cleansing was seen in the medieval Turkish empire. The ottoman dynasty had thrived until the reign of Sultan Suleiman in the 16th century. During the reign of kind Suleiman, the age-old policy of soliciting ministers only from Muslim countries was reversed. It was only a matter of time before the ministers, vazirs and even the king’s closest advisors were appointed from non-muslim empires of Austria, Poland, Crimea, England and Prussia(Erstwhile Germany). The incumbent Suleiman Sultan was convinced that an international court of ministers will help him acquire power and influence over people and kingdoms of the world.

However, the word spread throughout the kingdom like wildfire. Before the king could make amends, he lost popular support. The people of the kingdom started endorsing Mahmud, his elder son, as the new king. This led to factionalism within the empire. Further, the king had to face religious conflict from the newly appointed catholic ministers who revolted against the king’s decision to brutally crush the uprisings.

It has been seen historically that religions and ethnicity have played a vital component in most yesteryears and modern-day societies. Mixed cultures where people belonging to different cultures live in close geographical proximity have a greater susceptibility to turmoil, political disorder and conflict. 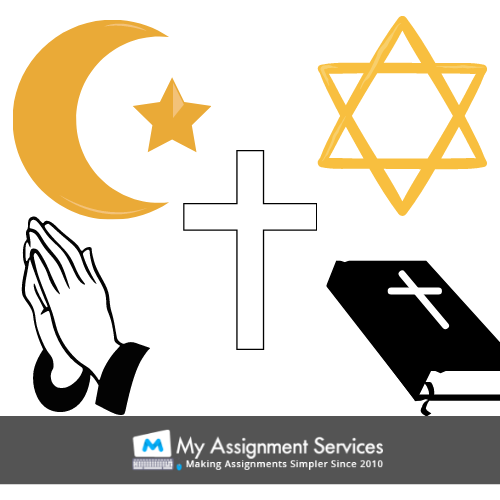 As per the famous secularization thesis, a wide view of the functioning of secular and pseudo-secular governments has been put forth in what has come to be known as the western or classic view. Bruce, Peter Berger and Talcott Parsons have been some of the biggest champions of this view. Here, the idea is put forth that the development and evolution of modern society have led to the gradual end of traditional forms of society.

Religious rebellions in light of modernity and reforms

After studying several diverse historical conflicts created and perpetuated by religious differences have shown that throughout the timeline of the world, the onset of modernity has ironically provided a platform for ethnic differences. With reformation, there has been increased individualism and rationality. Individualism has been seen as the rudimentary cause of religious differences across the world. Many thinkers who belong to the classic historical school of thought also believe that individualism or the tendency to identify with one’s ethnic group causes alienation to other ethnic groups. It causes a person to feel alienated or cut off from the sentiments of people belonging to other ethnic communities.

Many researchers have noticed that in the modern day, due to the amalgamation of religion and politics, this sense of alienation from “any ethic culture other than one’s own” has fuelled the feeling of alienation. This has given rise to the many problems that the world faces today. one can learn from the Arab Spring of the early 2000 years. What started as an uprising against the prevailing governments in Arab countries like Egypt, Morocco, Lebanon and Yemen quickly escalated into individual civil wars in the countries with factions engaging in power struggles against one another. This leaves us with an important understanding that indeed religious conflicts are as old as time itself.

Religion is a complex and dynamic subject. It is difficult to provide a simplistic definition of religious turmoil. They are both extremely complicated and considerably long-term. However, the antagonistic argument to the viewpoint presented above is that with the advancement and evolution of society, there has been a growth in popular rationalism. People have started to appreciate and understand the intricate folds of religion and society. Also, a modern system of education has propagated the rationale of keeping one; political views separated from one’s ethnic beliefs. This frame of reference is widely gaining popularity around the world. As society enters the 21st century, there is hope for a more peaceful, stable, inclusive and tolerant society as people let go of factionalist and communal sentiments instead of ideals such as international brotherhood, peace, economic prosperity and stability.

We hope this blog was useful for students pursuing history courses. You would have gained some information about religious studies and its relevant topics through this blog. Should you need expert’s assistance for your history assessments or if you are looking for religious studies dissertation help, you can find complete academic guidance at My Assignment Services. Simply fill the form with your contact information and one of our customer service representatives will get in touch with you in the shortest possible time.

Bill is an academic expert in the fields of law, nursing, business, and management. His diligence in editing and writing assignments solutions has been applauded by students from around the globe; who swear by his eclectic writing style and subject matter expertise in Law and Nursing Studies. He is full time associated with My Assignment Services as a Senior Academic Writer and loves binge-watching on anything sci-fi.

5 Reasons To Study Nursing In The UK

How to Write an Investigative Report Essay